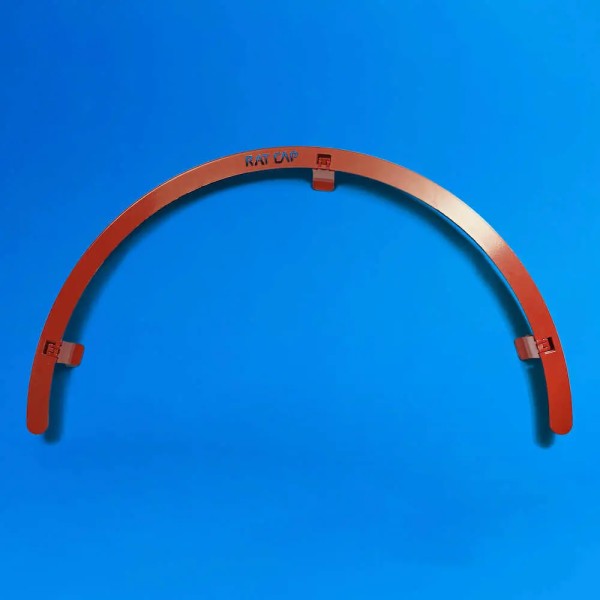 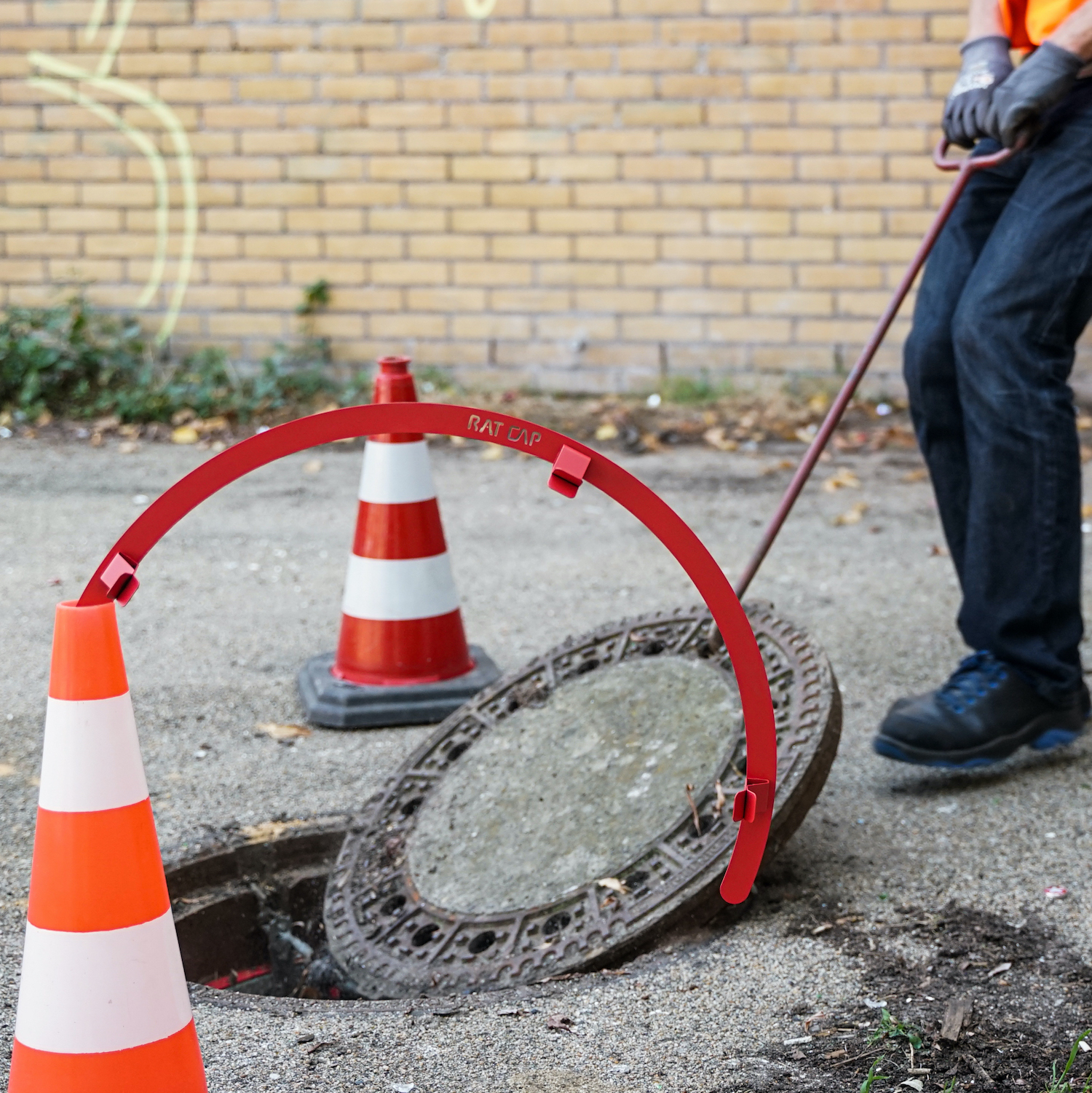 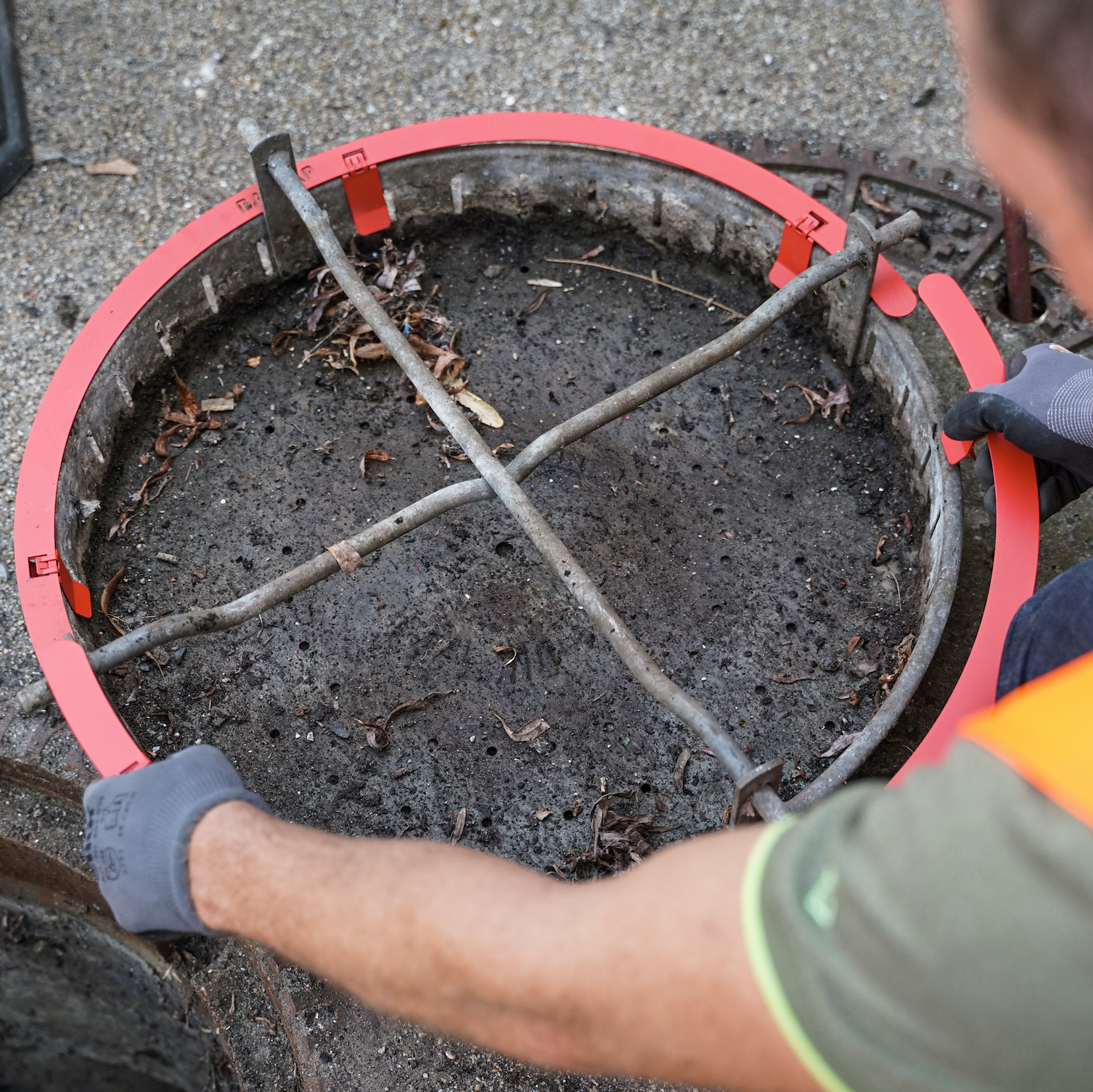 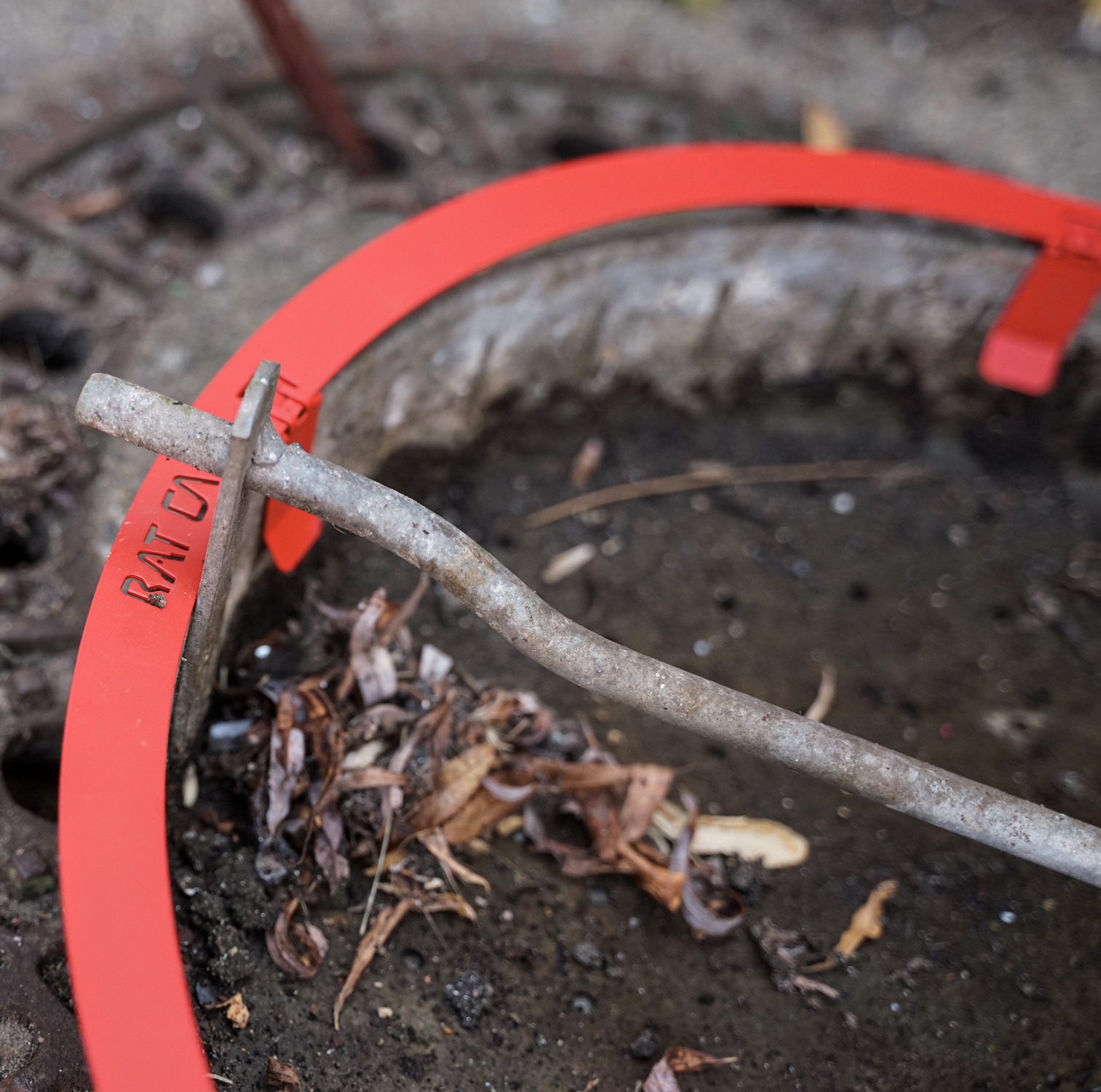 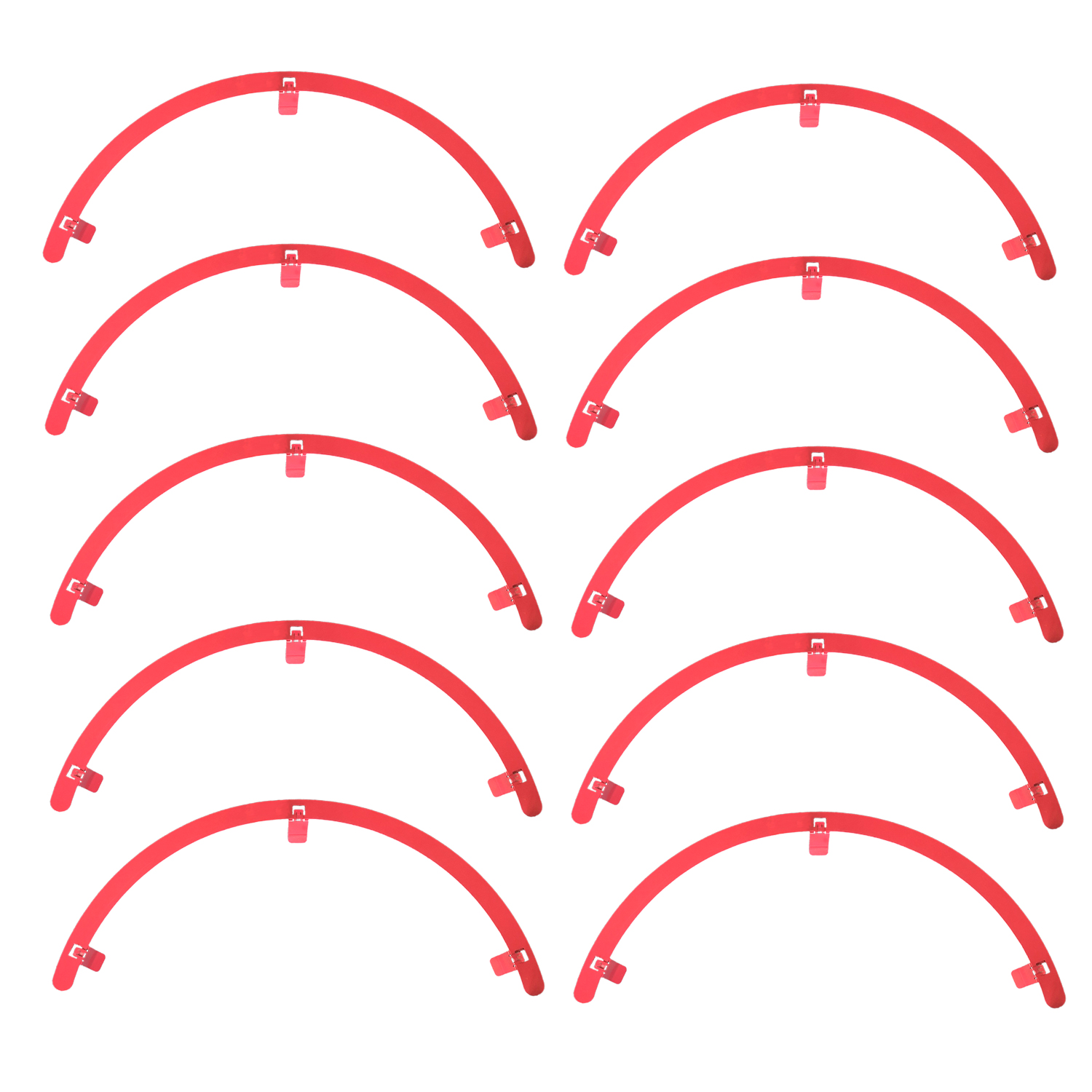 ✔ Prevents rats from entering and leaving the sewer

✔ Replaces the use of rat poison

Prevents rats from entering and leaving the sewer system

Rodenticides, i.e. rat poison, have been used for decades in almost every municipality in the sewage system. It is now known that the poison does not remain there but is released into the environment via the sewers. These PBT substances accumulate in the environment and remain there for a very long time.

It is assumed that every year in Germany approx. 600 tons of bait are spread in the sewage system. Since these substances are also classified as toxic for reproduction and have meanwhile been detected in numerous fish, one can only guess how serious the long-term effects on the environment are. The fact is that the toxins are already in our food chain.

The RatCap® is a specially developed device that prevents rats from getting into or out of the sewage system. It is placed on the dirt trap and thus blocks the possibility of rats getting past the dirt trap to the top. The assembly takes place by simple plugging on by means of clips.

3. provide RatCap® with three clips each

4. attach the RatCap® to the dirt collection basket and pin it in place

5. replace the dirt collection basket. Note that the RatCap® covers the area above the step irons.

links to "RatCap, 10er Set"
Scope of delivery
Close menu
reviews 0
customer reviews on "RatCap, 10er Set"
write a review
reviews will be published after being checked
Our promise to you: Our products have been carefully developed and extensively tested.
Our team works to get the products to you quickly, no matter what country you are located in.
The Sales Team and Customer Service are there for you: Feel free to contact us by email, make an appointment for a zoom call or simply give us a call.
Similar products Customers also viewed
Similar products
Details
eMitter Pro | Outdoor Longrange | Set
✔ Waterproof

✔ Digital traps from the market leader

✔ In case of active pest infestation or for monitoring

✔ Battery lasts up to 6 years

✔ Suitable for all areas

✔ Ideal for outdoor use

✔ For up to 2 mousetraps plus digital transmitter

✔In the eMitter system, immediate notification of infestation

✔ Immediate signal in case of infestation

✔ Immediate signal in case of infestation

✔ Any number of transmitters and routers - even for large projects

✔ Against wasps, bed bugs, mites, silverfish and other pests

✔ Suitable for use on nests

✔ Purely thermal mode of action, which means that no resistance can develop

✔ Pests are not poisoned but frozen

✔ For walls, floors or roof

✔ Daily life signal to the controller

✔ Easy opening of the trap and removal of the pest

✔ Make stations inaccessible to children and vulnerable people or animals

Details
RUNBOX "PRO" Cover
✔ Quickly ready for use and functional

✔ Both running directions are baited

✔ Easy opening of the trap and removal of the pest